Quite often, an actor will be confronted with an interesting choice; to take on several roles or look for something else. They have found someone else for the lead and supporting roles, and have had a hard time filling their smaller roles. In films, this is often what happens to an extra and they are usually only in the background, barely getting any screen time and more than likely going to end up on the cutting room floor.

In theatre it is more common. Interestingly enough, while there is a wealth of people auditioning for film, TV and Web productions, theatre often gets left in the cold, especially by male performers. So often the idea of having an actor play more than one role can save them some casting time. It also may be of benefit to the actor who has more stage time even if it as different characters.

Theatre is also the genre where you will find more of the touring style theatre where a small cast will take on every role, including leads. This is often done with Shakespeare  (and similar) productions, cabaret comedies and pantomimes. Often the bread and butter of smaller new groups, it is an interesting way for an actor to really challenge their versatility.

A not so frequent variation on this theme, is when an actor is to play twins. A good example of this would be the comedy The Venetian Twins. The tale of twin brothers, separated at birth and unaware of each others existence, who cross paths (but never meet) causing much confusion and disruption.

Right, enough of the prologue. What is the relevance? Well first I want to talk about preparing for a multiple role performance and the machinations one actor (me) might go through. Then we’ll talk about relevance. It has got to come back to what it has taught me about life after all.

In film, there is a lot of stopping, setting sets, positioning cameras, placement of lights, etc, etc that playing multiple roles becomes somewhat easier as you have time to focus your thoughts and “get-into-character” so to speak. Well I think so anyway. Theatre, you do not have this freedom. Sometimes you may be lucky enough to have a few minutes between appearances, enough time to change your costume, make-up, have a sip of a drink… Frequently, you have only enough time to change your clothes. In the play mentioned above, there is one scene where one brother walks off one side of the stage and appears on the other a second later. Fortunately, they are actually wearing similar clothing.

Preparing for one character is hard enough, how do you prepare several? I have been fortunate that the only times I have played multiple roles has been as an extra or chorus member, except that once where I played three quite different characters, with different accents, different goals and completely different attire.

And this was back in the days before I had develop a solid technique. It was still forming, a work in progress, but there was one thing that helped me through it; the little things.

When working on an accent, vocal coaches may often suggest a little phrase or collection of words that will trigger your muscle memory and help you get the right accent. This same idea can be applied to character creation by introducing a quirk to your character, something they do or say which is unique to them. This was one of my earliest techniques as some of my earliest characters all had strange accents, lisp, nervous habits and so forth, and these little things helped my zone in.

So you develop your characters in exactly the same way as you would any other and then figure out the best trigger device to use to get in to that character. Hone this transition with the same rehearsal process you apply to your characters, and the familiarity of that trigger will ignite your muscle and emotional memory, giving you a short-cut path to your character.

In one production I did, I had a character that had a habit of getting out a pocket watch, clicking it open, checking the time, closing it and putting it away. I practised this until it became a smooth, single movement. Before going on stage, I would do just that and on I went. What happened next however was rather interesting. Just before the interval, something happened in the story that left all the characters somewhat rattled. So we all needed to somehow to regain that nervous energy once the curtains were raised after a 20 minute break.

During a rehearsal, I discovered that I had a driving need to get out the watch and simply click it open and shut repeatedly. I hadn’t planned on doing it before hand, but it felt right in that instance. Using this trigger in a more desperate way, as I did, actually helped me feel more anxious. I kept it for the season and it was a crucial part in having my character completely change his emotional state. The trigger had become the character’s security blanket in some weird way. 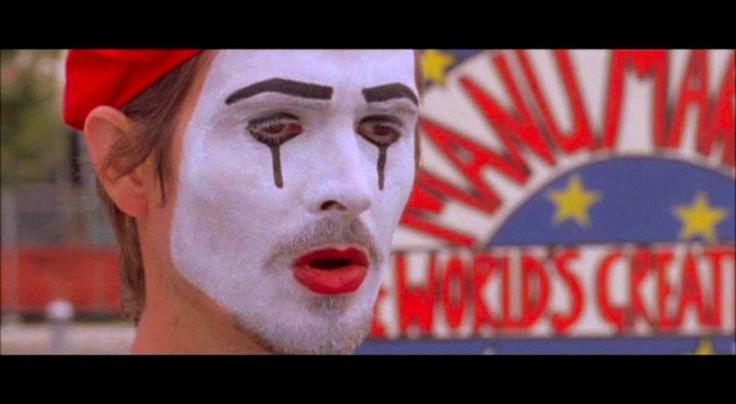 In a way, we all have multiple roles to play in real life. We are one thing when we are at home, another at work, and something else yet again when with our friends. Well, I know I am. I find myself adjusting my personality subtly to each encounter. Even on the phone, my wife can usually tell who I am talking to by the way I sound. Quite often, the transition from one to the other is very quick, triggered by a thought or a familiar feeling. This is something I did not realise until long after I started doing it for characters.

To expand on that further, this realisation gave me further insight in to what is required to create a character. A character is not just a singular emotion for motivation. They are a collection of often mutually exclusive emotions, goals and actions. They change when in the company of different people depending on their goals and feeling for that company. In a way, when playing a single character, you are actually still playing different characters.

Sure, these are not extremely different characters, but the concept is the same. Little things can trigger different feelings and attitudes. Knowing this has made me much more aware of what little triggers set me off and to recognise them, sometimes before they happen. Humans are indeed fascinating creatures full of depth, conflict and contradictions. There is something beautiful in that.