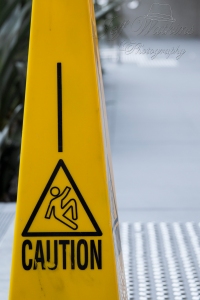 Frequently, all too frequently, I see discussions around the difference between Film and Theatre, or should I be more accurate in saying Camera and Live Audience. So much emphasis is put on the differences between the two styles, and it scares many actors looking to make the transition from one to the other. Let me say right here and now, of course there is a difference, just as there is a difference between comedy and Shakespeare, or drama and musicals. I do not believe it is the great chasm that many propose it to be, and I believe many people do propose it to be a chasm.

First, I want to look at what the key differences are between live and filmed performances, which may or may not surprise you, because much of it is to do with the approach rather than any specific technique. 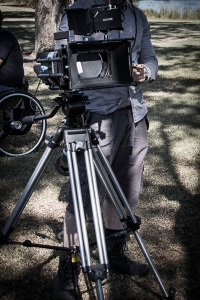 In theatre, the Audience is always in the same place, there, beyond what is commonly termed the fourth wall, the wall no-one can see. There is no ability to get closer to the action, unless you physically get up, and get on stage, which would probably get you into a lot of trouble. It also means that the actor(s) are presenting a scene to the audience and need to be mindful of not blocking them through physical stance and placement. This causes issues with sight lines, masking, and upstaging that a theatre actor needs to be aware of.

In film, the Audience is the Camera, and they are sometimes fixed, often moving. The advantage with a camera is the Audience can get very close to the actor(s), see their facial expressions and dermatitis. The actor still needs to be aware of where the camera is, but due to the ability to change view-points and distance, there is less cause for concern over sight lines, masking and upstaging, but only less cause. Some of this will be covered by various angles, but an actor’s performance can be hampered by poor positioning and masking, so it is still important to block things carefully, and ensure your physical performance is suitable.

The Scope of Performance

By the Scope of the Performance, I am referring specifically to the space the actor has for a performance, or the physical projection they require. Here I feel the only difference between the two mediums is in the extremes that one can go. In theatre, the scope will never get more personal as someone physically standing, and never so far away as the back of a theatre. Film obviously can get much closer, and conversely, substantially further away. Yet the basic principle of an actor(s) physical performance really is no different. The closer an audience is, the less need there is grandiose physical enactments, and the more opportunity there is for an actor to perform those aspects of their character that are subtle.

I think this is one aspect that some Theatrically trained actors may struggle with. Most will rarely ever experiment with the more subtle levels of performance, those that involve just the eyes, facial muscles and mouth. Many may be more comfortable using their hands and posture to help convey emotion. However, after working with a number of fellow actors, I believe that the transition can be simplified by simply being aware of how close your audience is. Consider the intimacy conveyed by two people, who are physically very close, and where all their expression is? When two people love each other, or are challenging each other, face to face, almost nose to nose, where is all the expression? Bring this level of awareness to a Theatrically trained actor’s performance can enable them to focus their energies in a manner appropriate for film.

Some of the best theatrical performances I have seen have been highly contained, tension filled, and still, with the actor, on-stage, barely moving, yet the emotion in their words, the feelings in their tone, convey far more than their bodies ever could. The character is being truly felt, and experienced, by the actor. You don’t even need to see them, although the stillness of their presence adds to the tension and emotion. This same performance translates brilliantly to film, and may even be improved by it, as you get to see the finer details of their expressions. So the two mediums are really not that different.

Now many people would state that a play is done all in one go, and a film is done in pieces. Technically this is true, in most cases. Yet when rehearsing a theatrical production, you can spend a considerable amount of time stopping and starting, redoing scenes, doing scenes out of order, and so forth. In film, you have the opportunity to rehearse something very specific, then film it, in some cases on the same day. In this regard, I see the theatrical rehearsal period as the same process employed during filming. Where filming captures that “finished” moment during the rehearsal period, theatre tries to recreate that same moment. In addition, film will require hardware changes, such as moving the camera to get different shots, changing lighting

The question here is, is it really that different for the actor? I would say not really. The process is the same technically, baring some extra rehearsal periods in filming while they re-strike the set for the next take. You rehearse your part until the director is happy, then you play the scene through, then you move on. The cuts are then edited together in film, or the cast reconvene to recreate the magic on-stage. Either way, I find comfort in the similarities.

Now this will very likely catch out actors moving between the two forms of performance, audio levels. A Theatrical actor is very used to speaking slightly louder then they normally would in private. Because nearly all theatre requires vocal projection, it becomes a habit of a theatrical actor to use their ‘On-Stage’ voice when performing. Of course the reverse occurs when a Film actor performs on-stage, as they are used to having their voices picked up by microphones or recorded later in ADR. The need to project in film is very rare.

In my experience, this is the biggest issue for actors to overcome, and it was certainly the main thing I stumbled over. I found myself naturally projecting without thinking about while filming a short film, or in a sound booth, and I know full well others have had similar experiences. Then again, as a stage director, I have worked with film actors who found it an effort to get their voices to carry to the back of the auditorium. So I may be willing to concede on this point, that there is a significant difference between film and theatre, if it wasn’t for one thing; with a little, and I mean a little, training, it can be easily dealt with. 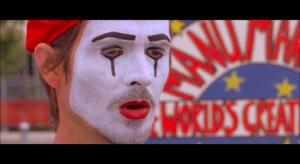 The above differences I would term technical issues as that are focussed on the different aspects of the medium, but these technical differences are not really that different to the differences in the various theatrical styles, or cinematic techniques. To my mind, the stigma around going from theatre to film, and vice-versa film to theatre, is over stated. People place far too much importance on the fact that theatre and film are so unlike each other.

Sure there are some fundamental differences logistically, but do these differences place one so far apart from the other as people say? It requires an awareness of the key differences, but beyond that, it is all very much the same. Character development is still very much the same. Each actor has their own particular approach, something that works for them, and that is not going to change. You will still have a director who has a lot to worry about beyond what the actor is doing, and may either be a hands-on director, or a let-them-get-on-with-it director. You get them on both sides of the pond. There is a lot of technical aspects of both theatre and film including lighting, props, costume, etc where it is very much the same.

I guess my point is that the differences are really not that extreme, and for an actor to focus on them too much may actually hinder their efforts. It’s a bit like hearing tales about another city of the other side of river, where the river is wide, deep and dangerous, which makes you ponder to point of even going there. When you finally do make it there, with your third-hand impressions and artificially grown expectations, you are taken aback somewhat when you realise that you actually crossed the river some time back. Well, I was at least.

So if you are a theatrical actor considering trying your hand at film, then my advice would be to go for it, because you are most of the way there. For those doing film and wanting to try theatre, learn to speak with projection, and to always face the audience, otherwise, keep doing what you are doing.